10 facts you didn’t know about the music festival

Ultra Miami: 10 facts you didn’t know about the music festival

With Ultra Miami fast approaching, here are ten facts you may not have known before about the world’s premier electronic music festival:

Its first edition in 1999 was on the beach

Long before the monstrous main stages and unparalleled production, Ultra came from humble beginnings. The very first Ultra festival took place on March 13, 1999, in Collins Park in miami beach with around 10,000 fans in attendance. The headliner included artists such as LTJ Bukem, Paul van Dyk and rabbit in the moon; he would then move on to Bayfront Park for the 2001 event.

This is by far the biggest of the Ultra Miami facts; the 2013 edition will go down in history as one of the most influential electronic music events. To celebrate its 15th anniversary, Ultra has become the first electronic music festival in the world to take place over two weekends. While there are hundreds of moments that could be mentioned here, there are three in particular that will forever be remembered from 2013, not just for Ultra, but for electronic dance music as a whole. You could say that these three moments are the reasons why electronic music is as popular as it is today.

The performance that Hardwell produced on the main stage will go down in history as one of the greatest main stage sets of all time. This set is the most viewed Ultra set on 1001Tracklists, with just under 600,000 views, and it’s also one of the most-watched Ultra sets on YouTube, with 34 million views. He dropped his all-time classic records such as ‘Countdown’ with MAKJ, ‘Astronaut’ and ‘Zero 76’ with Tiestobut the most memorable moment was when he brought out a Dutch DJ and a good friend Dyro for the first of their collaboration with Sparkling light, “Never Say Goodbye”. Hardwell played a daytime slot the year before in 2012 and was rightfully upgraded to the sunset time slot for 2013. This performance not only put Hardwell on the map, but the world suddenly began to notice the electronic dance music. 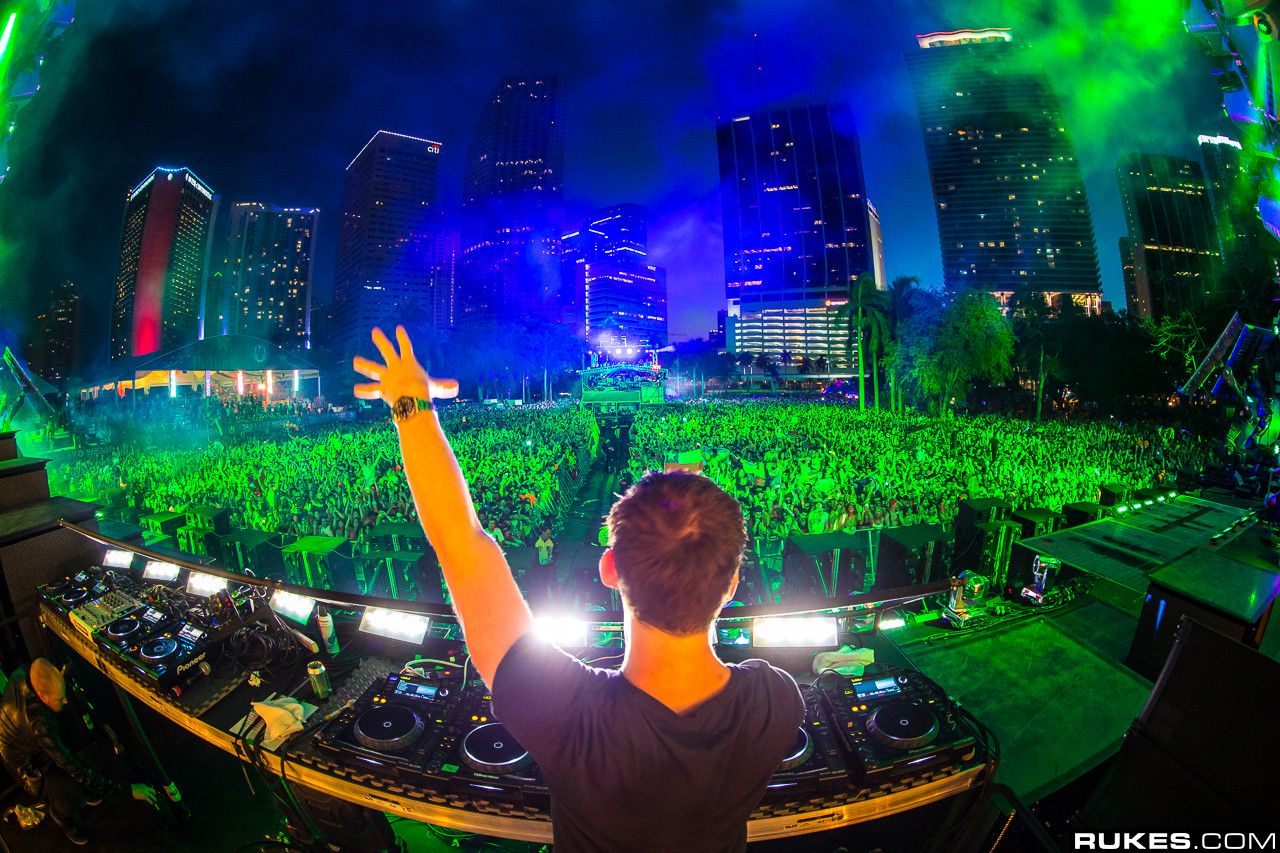 The Swedish House Mafia “One Last Round” would end on the last night of Ultra. The band announced in mid-2012 that the tour they were on was their last. The trio was the poster child for electronic music in what was a golden era; their ‘Until now’ compilation album and their live show were way ahead of their time. Fans everywhere couldn’t fully understand the reasoning behind their split, but for one last night (or so we thought), Swedish House Mafia only did Ultra Miami justice. 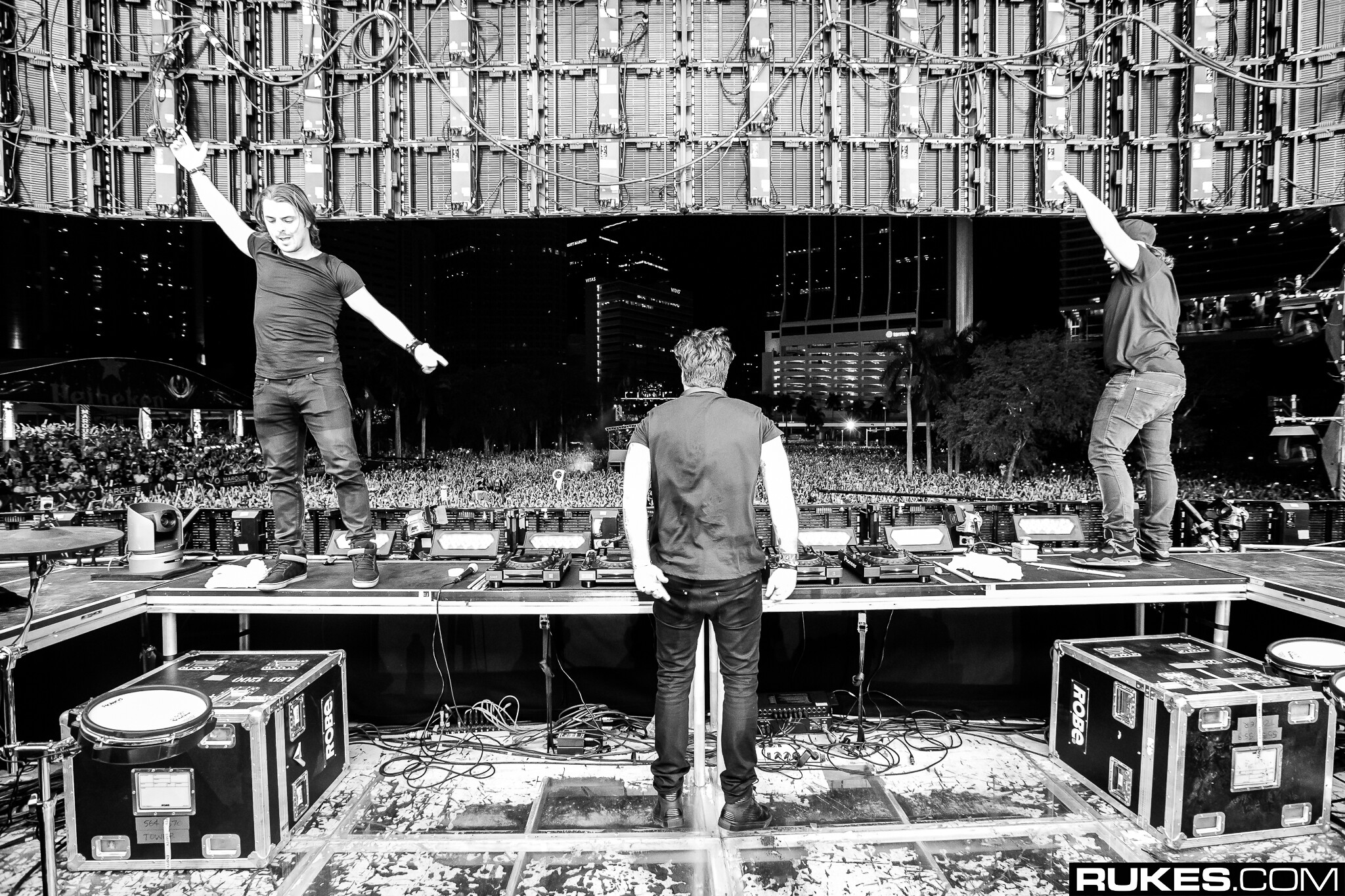 Although initially not well received, Avicii pioneered his new style of music, which saw electronic music meet folk music. He created arguably his biggest hit of all time, ‘Wake me up’ with Black Aloeas well as playing many songs from his first album ‘True’ like ‘Dear Boy’, ‘Heart on my sleeve’ and ‘You make me’. Many critics weren’t convinced of the new direction Avicii was taking, but it’s fair to say that Avicii had the last laugh. It may have been nearly four years since his passing, but we definitely haven’t stopped listening to what he left behind. 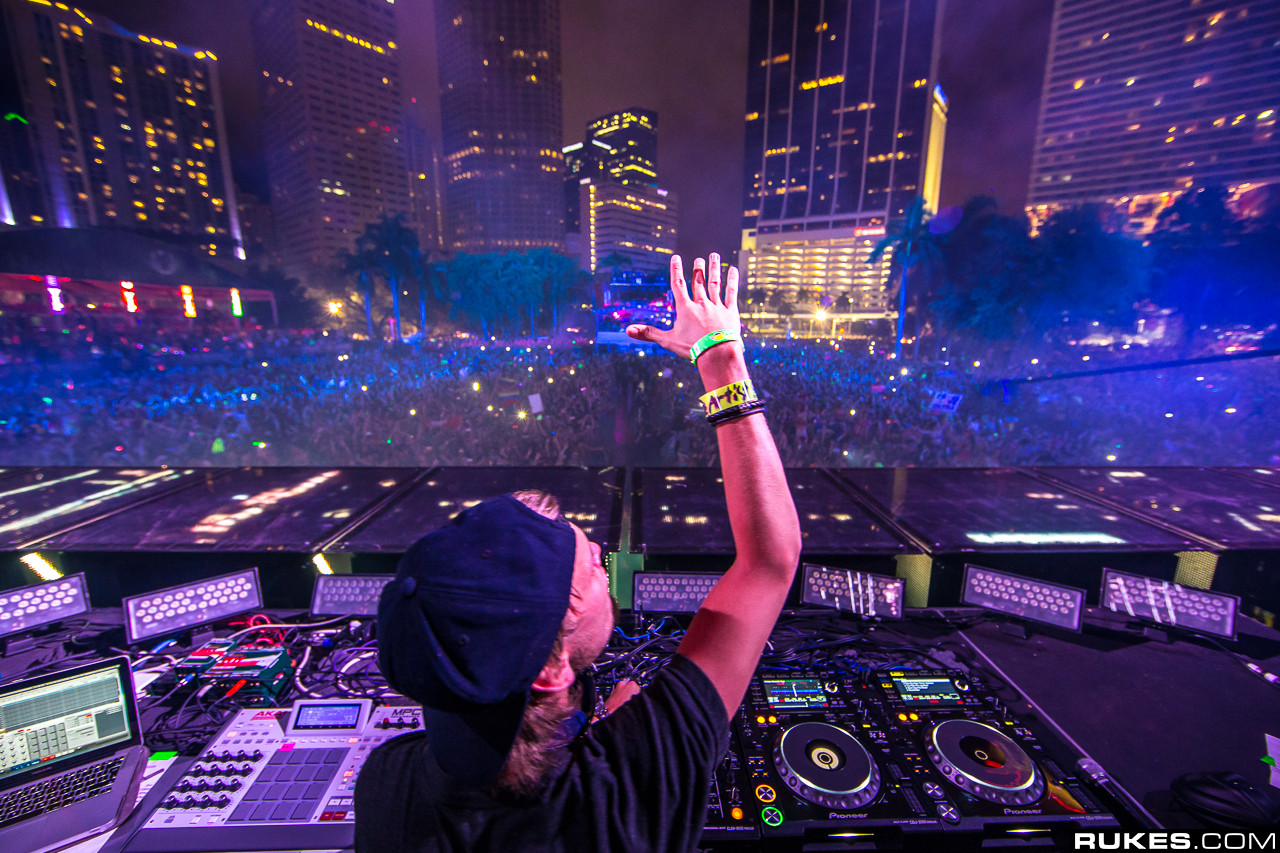 After exploding at 16 when he fell ‘Animals’, Martin Garrix became the youngest DJ to grace Ultra Miami’s main stage at just 17 years old. His 2014 set was one for the ages, dropping his monumental tracks such as “Turn the Speakers Up” with afrojack, ‘Proxy’ and ‘Wizard’ with Jay Hardway. The main scalp however, brought along Dimitri Vegas & Like Mike to play their then unprecedented collaboration ‘trembling’. Fast forward to 2016, Garrix also became the youngest DJ to headline Ultra Miami. We can’t wait to see what he has planned for this year’s edition… 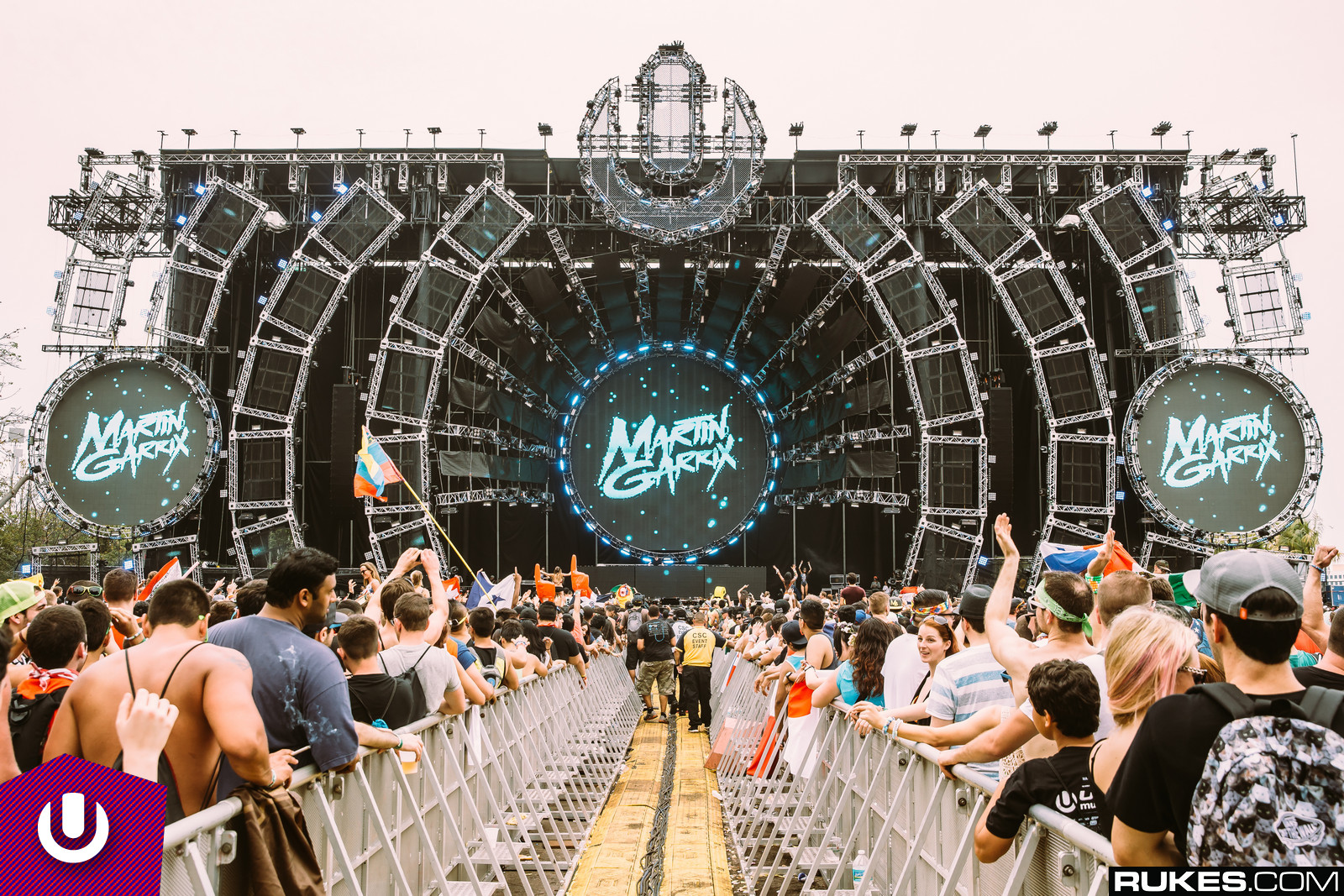 In one of the biggest trolls we’ve ever seen in electronic music, DJ Snake decided to include Dillon Francis’ phone number on the big screen during his main stage set in 2015. Snake invited Francis on stage, so they can perform their collaboration ‘Getting low’. Everything was fine until Francis’ phone number burned onto the screen. His phone was then inundated with calls and messages from fans. This troll had a close second, however, when deadmau5 in 2014 played Martin Garrix ‘Animals’ at the rate of “Old McDonald’s Had a Farm”. 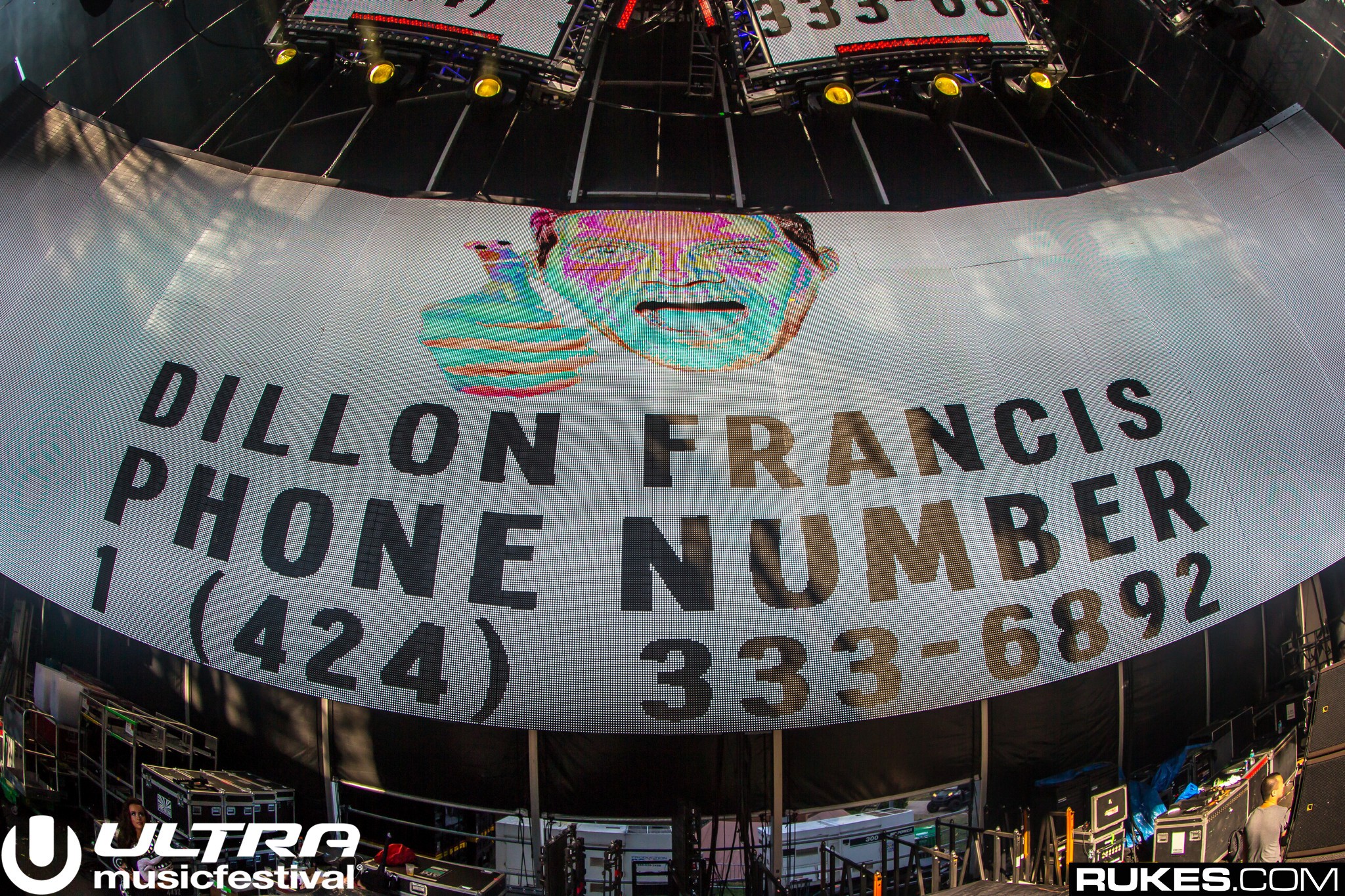 Resistance debuted in the 2015 edition

In collaboration with Spectacular ArcadiaUltra has created a brand new scene called Resistance. The scene, titled ‘Afterburner’was a 360-degree spaceship-like stage that catered to the needs of underground music lovers, featuring techno and deep house DJs such as Jamie Jones, Joseph Capriati and Sasha headlining the inaugural bill. Since then, the Resistance brand has taken off; it is now a staple of any Ultra festival, as well as standalone events around the world.

Ultra Miami is where many artists debut new music

With Ultra Miami taking place in March, it’s the perfect time of year for artists to debut all the music they’ve been working on. If this is not the first official piece, it is at least the first real exhibition on the world stage. Some of the greatest pieces of electronic music have been created on Ultra Miami’s main stage, including: ‘Jumper’ –Hardwell & W&W, “Turn the Speakers Up” – afrojack & Martin Garrix, ‘Let me feel’ – Nicky Romero & vice tone, “sweet escape” – Alesso, “Don’t Let Me Down (W&W Remix)” – chain smokers ft. day and ‘blah blah blah’ – Armin Van Buuren.

This fact is related to the previous one, but the biggest alias premiere in recent memory is that of W&W NWYR alias in 2017 on the ASOT stage. With their musical roots stemming from trance, and their musical direction going in the direction of progressive, big-room and electro house, the boys decided to dedicate an entire project to honor their past. Five years later, tracks like ‘Freedom’, ‘Hydra’ and ‘Leviathan’ have not yet emerged. While their release schedule has been slim, NWYR have performed at some of the world’s biggest festivals including tomorrowland, Transmission and various ASOT festivals around the world. 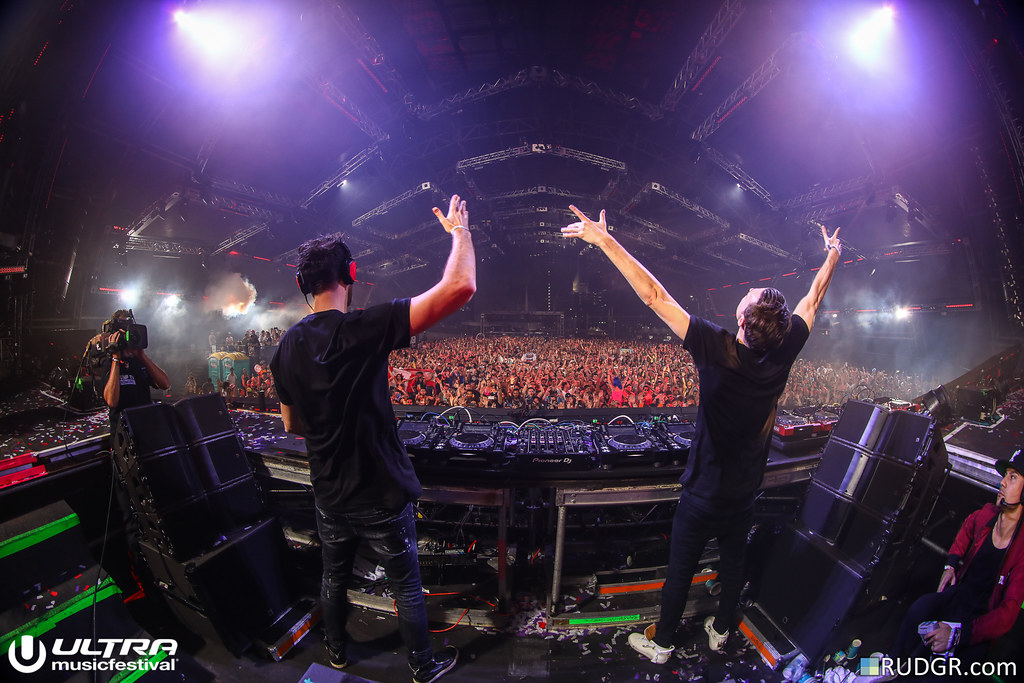 Colonel Sanders performed on the main stage in 2019

In what surprised many, the leader of KFC took to the main stage for a special performance in 2019. While he was only there for five minutes, many fans couldn’t understand why he left early to make an appearance on Ultra. Anyway, kudos to you, KFC. 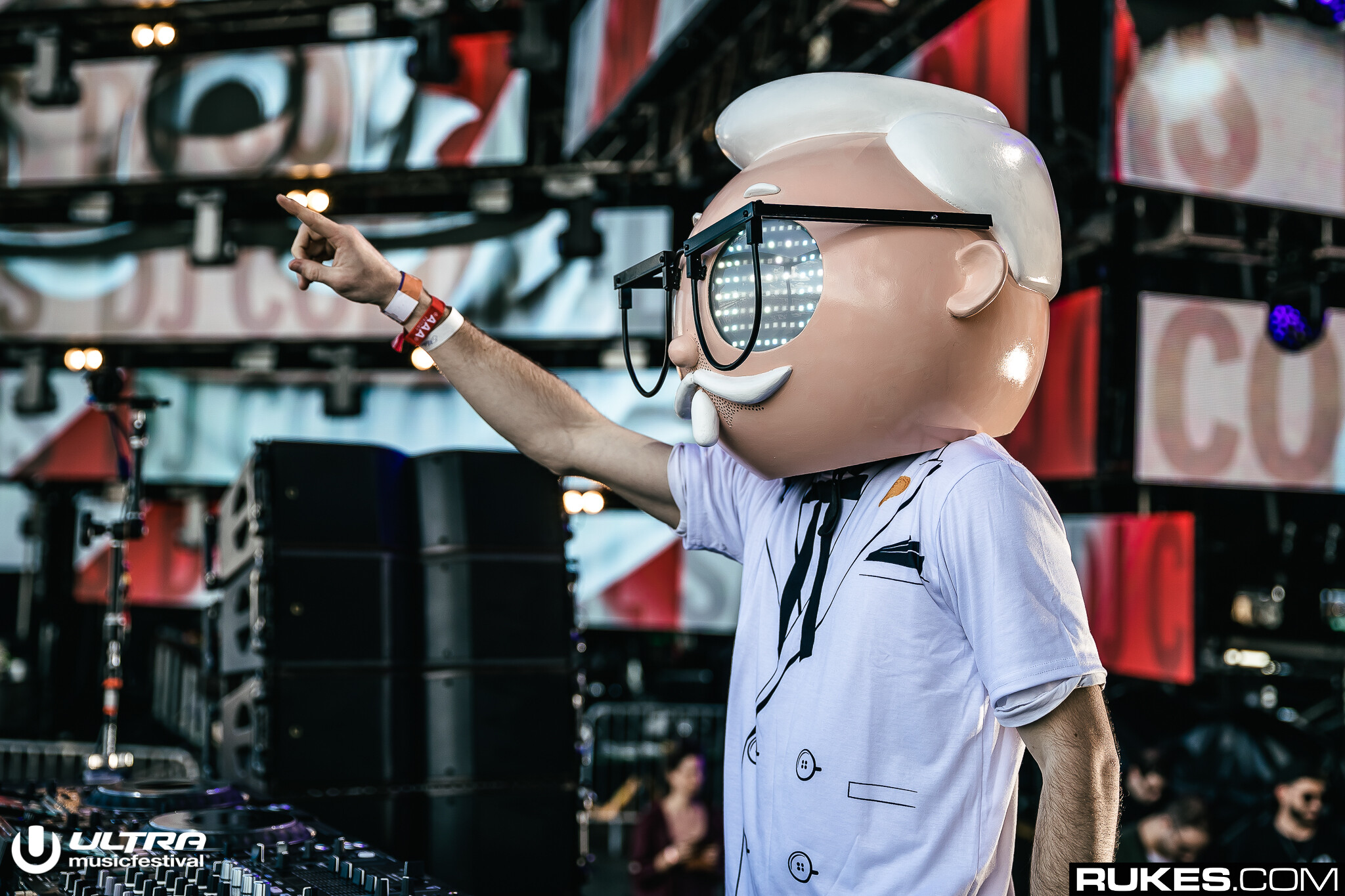 For the last of the ten facts, Ultra Miami is hosting a hardstyle stage for the very first time. Stage host, Dirtyworkz, celebrates its 15th anniversary in 2022. The composition, in order of appearance, is as follows: Pulsatorz, Darksiderz, Little Texas, audiofreq, Darren Styles, Ben Nicky present Extreme, Project below zero, Coon present 15 years of Dirtyworkz, Da Tweekaz and Old woman.

We hope you enjoyed these ten facts about Ultra Miami; For more information on this year’s edition of Ultra Music Festival Miami, please click here.