Never has the role of the film been so important for dancing. During the pandemic, it has become positively essential. But even long before the pandemic, cinema had established itself as an essential tool – for recording, auditions, marketing and, increasingly, as an art form in itself.

â€œLook at how the world has evolved,â€ says dancer / choreographer / filmmaker Stephen Tannos. â€œEverything happens on our phones, and via the Internet or social networks. This is how people are discovered now, via the Internet. For dancers, and especially choreographers, the best thing you can do for your work is to give it the best opportunity for as many people as possible to see it. It’s so important to have a good video. Your work should be smooth, have a clear point of view, be confident.

Stephen Tannos found himself behind rather than in front of the camera a long time ago, when he was a choreographer on the So you think you can dance (SYTYCD) TV shows. A multifaceted artist, he had often dabbled in video as part of his creative production but SYTYCD turned out to be a big step in that direction. Now a seasoned dance filmmaker, he is on an expert guest list at the Inspired Dance Youth Film Festival (IDYFF), which takes place in Sydney from July 9-11.

The Inspired Festival was first held last year, but in a smaller online format due to the pandemic. This year, however, it takes a big step forward, with an expanded program that includes the IDYFF followed by the Inspired Dance Film Festival from November 5-7, 2021, for filmmakers over the age of 18.

The Youth Festival includes masterclasses, film-making workshops, panel discussions and multiple film screenings over two three-day events. Sstudents will work with leading industry professionals and a team of professional cameras to create a dance film that will be presented during a Red carpet gala screening and awards ceremony on July 11 at Sydney Entertainment District.

One of Inspired’s main goals, says Tannos, in addition to learning the basics of filmmaking, is to encourage collaboration. The festival will be an opportunity for dancers and choreographers to meet filmmakers and give them the confidence to work together. Collaboration is the key to success, he says. A film is a team effort, each trusting the expertise of the other. â€œGood risk taking and great creative choices come from having people around you. . . find people who can help bring your work to life and improve it.

The evolution of the whole SYTYCD series is an example of what Tannos is talking about. In the first few episodes, the filming of the dance routines was poor, with the TV crews not understanding the angles, positions, and effects required by the choreographers. By the fourth series, however, the television crew had learned to listen to dancers and choreographers while the choreographers had learned to create with the camera in mind. The increase in confidence has resulted in sensational dance television.

Tannos first participated in the show as a nominee (entering the top 20 in 2009) and was invited again as a choreographer. â€œUsually what happened on this show is if you do a routine you choreograph it and the camera director comes in and takes over. I said – not in an arrogant way – I think I know what I want for this, I would like to do it. Fortunately for Tannos, the camera director was happy to step back and let Tannos take over. “And that was really a starting point for me.” 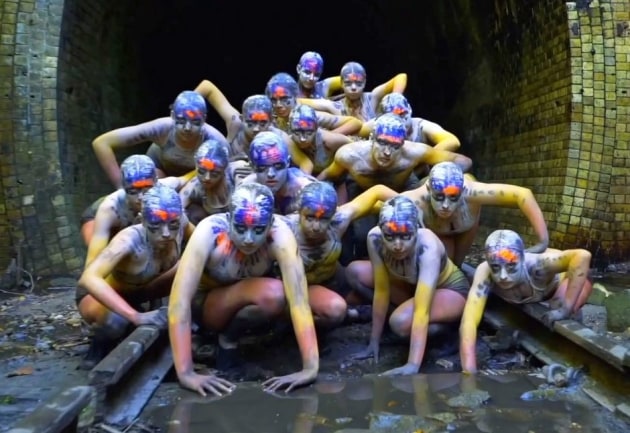 Jaime Jones to headline the new Tulum festival “DANCE WITH ME”

Dance had its hour at the Sundance Film Festival

At Wilmington’s Cucalorus Festival, Dance-a-lorus is an enduring blend of film, movement

At Wilmington’s Cucalorus Festival, Dance-a-lorus is an enduring blend of film, movement